The commercial rental housing market has been developing in recent years. This is the result of many factors, including: restrictions on tenant protection and favorable economic conditions such as: structural demand in the labor market, rising incomes, low interest rates and subjective public opinion about the safety of investment in housing construction.

Under these conditions, the question arises of how profitable this type of investment is in Poland and in Warsaw in particular. The prevailing opinion in the international literature is the low profitability of this type of investment. A number of risk factors are also indicated, such as: cyclical risk, liquidity risk, high entry and exit costs and regulatory risk (changes in the tenant protection law). Therefore, housing of this type was built during a period of low interest rates (credit cycle) and was usually subsidized (most often accelerated depreciation).

It should also be added that when analyzing the profitability of a lease investment, the category of profitability is usually used, which includes depreciation, and not net income. It should also be taken into account that these analyzes typically show flows from highly leveraged investments. In a low interest rate environment, this creates additional profits, however, when the phase of the financial cycle changes and interest rates rise, extraordinary profits can decrease or turn into losses.

The table below shows the dynamics of receipt of income from the rental of residential real estate in Warsaw in 2013-2021. Rental income was analyzed in three different ways.

Table. Rental income from residential property in Warsaw for the period 2013-2021

1. The capitalization rate (capitalization ratio) is a coefficient that establishes the ratio of the expected income from the operation of an asset and its value. When valuing property, a formula is used according to which net profit is divided by the value of real estate

2. Return on equity (ROE, Return on Equity) - determines the return on invested capital and the effectiveness of the investor's own funds invested in the project. In other words, it is an indicator of the ratio of net profit minus all expenses to the amount of invested capital for a specific period (usually 1 year).

3. (LTV) coefficient "loan/collateral" - the ratio of the amount of the requested loan to the value of the property provided by the borrower as collateral. Used by banks when calculating the amount of a possible loan. This standard shows the maximum amount of a loan that a credit institution can issue to a borrower based on the value of the security it provides. It also suggests how much money the borrower should invest in the purchase on their own, that is, how much the down payment will be. The higher the coefficient value determined by the bank, the less the borrower is required to deposit their own funds.

Each financial institution, when developing its loan programs, determines the maximum value of this coefficient. As a rule, the value of the loan/collateral ratio should not exceed 70–80%. For example, if the standard is 70%, then the amount of the down payment on the loan will be 30%.

Different possible levels of leverage were used to determine the ROE, calculated as net income in relation to equity: investments are fully funded in cash (LTV is 0%); investments in which LTV is 50%; investment with high leverage and LTV is 80%.

Rental income was taken into account to calculate financial profit. A flat tax rate of 8.5% was held, interest repayments on the loan, and depreciation of the building at 1.5% of its value (assumed two major repairs over a 100-year period). Tax is payable on all rental income before any costs are deducted. The transaction price per square meter of an average apartment was obtained by adding 50% of the average sale price in the primary and secondary markets. The price on the primary market is increased by the cost of finishing (in the 2nd quarter of 2021 + PLN 950/sq.m in Warsaw). The loan in zlotys was issued for 25 years in equal installments paid 4 times a year.

1. The investment capitalization rate, defined as the net rent (i.e. without taking into account the cost of maintaining the property) to the price of the apartment. Costs include taxes and depreciation cost. Although this ratio is often used, it is not a de facto measure of return on investment, but rather a measure of cash flow. However, this is the simplest measure and its dynamics is similar to the return on investment, that is, ROE for LTV = 0%.

2. Leveraged return on equity, defined as net rent less taxes and depreciation, and relating only to equity capital invested. The denominator of this indicator includes the return on investment, but in this case it refers only to equity. Backed by a loan investment and an internal rate of return greater than the rate of a loan or other form of foreign capital, then borrowed funds bring us additional flows that increase the profitability of our capital, but at the same time obscure the picture of the real efficiency of investments. For this analysis, return on equity is shown at LTV levels of 50% and 80%, which takes into account banking practices for this type of investment (50%) and the maximum allowable leverage (80%).

3. The rate of return on equity without a loan commitment (LTV = 0%), that is, the rate of return on investment. The denominator of this ratio is the same as the one mentioned above, but the numerator includes all the capital involved in the investment. Thus, it is a real measure of investment performance, often equated and compared to percentages. This indicator shows how many pennies of profit each zloty invested in an apartment brings annually, and is a universal indicator of the economic efficiency of investments for comparing them with each other.

The presented calculations should be considered as an estimate of the profitability of renting in Warsaw, and not as commercial information. The availability of rental data from rental transactions is limited, and this market is heterogeneous and will require the use of econometric methods to compare often poorly comparable apartments.

Despite these reservations, the analysis of income from investments in housing in Warsaw confirms the general relationships indicated above. In fact, taking into account depreciation, taxes and the effect of leverage, the real return on investment in renting an apartment with LTV = 0 is 2.9%.

Low interest rates mean that financing investments with a loan brings additional, albeit small, returns, so rates of return on capital are higher. Since the difference between the internal rate of return and the cost of credit is small, financed investments become very sensitive to changes in rates and changes in rental rates, as well as to the risk of vacancy, and should not serve as an incentive to increase investment. Thus, the main reason for the demand for rental property is the current phase of the financial cycle and the associated low return on alternative financial investments available to households, and not the expected high rental return.

According to calculated profitability indicators, the residential real estate market is still an alternative to investing capital.

In the second quarter of 2021, compared to the previous quarter, Warsaw recorded an increase in average rental rates per transaction.

An analysis of data for the second quarter of 2021 showed a significant diversification of the estimated capitalization rate (the rental income expected by the property buyer is expressed as a percentage of the full cash purchase price of the property).

An analysis of data for the second quarter of 2021 showed a significant change in the estimated capitalization rate (the expected return on rent by the buyer of real estate, expressed as a percentage of the purchase price of real estate in full cash). The estimated capitalization rate in the second quarter of 2021 compared to the previous quarter increased in Warsaw from 5.1% to 5.3%.

It should be noted that this indicator in the conditions of the Polish capital increased from 2013 until the end of 2017 from 6.9% to 7.3%. And already in 2018, the estimated capitalization rate began to change downwards.

The return on investment in apartments, despite the continued weak economic situation in all Polish local rental markets, in the second quarter of 2021 was more favorable than a safe investment in treasury bonds or a bank deposit, and brought higher returns.

In the largest housing market in Warsaw, the return on investment for renting an apartment was almost 19 years. This is one of the longest payback periods for residential real estate investments in the country.

The return on equity (ROE), which informs about the return on money invested in the purchase of an apartment, in the second quarter of 2021 in Poland remained at a much lower level than the estimated capitalization rate. In a situation where all investments in residential real estate were financed in cash, investors cannot expect a high return on capital in Warsaw. In fact, it amounted to 2.9%, although it increased compared to 2.7% in the previous quarter. The highest return on capital in the country was recorded at 4.2%.

A significant risk of investing in apartments for rent, despite a slight improvement in the second quarter of 2021, remains the weak economic situation in the rental market and, as a result, difficulties in ensuring continuity of residence. In both long-term and short-term rentals, occupancy is determined primarily by the location of the apartment and, increasingly, by the age of the property, the level of finish and changing buyer preferences. Although property prices in the center are much higher than those in the outskirts, investing in properties closer to the center carries less risk of occupancy problems and a higher chance of continuing to generate rental income. The return on investment and possible risks largely depend on the location.

The rental market during a pandemic

After a period of relatively dynamic growth in the rental housing market in previous years, there has been an unprecedented change in socio-economic conditions associated with the COVID-19 pandemic, which has significantly reduced demand. The refusal to rent apartments by a significant part of the tenants (students, remote workers, some foreigners) has created a gap in the market. And it increased by reducing the demand for new employees. All this has changed the demand for rental apartments. The resulting gap led to lower rental rates.

However, since the beginning of 2021, there has been a gradual increase in activity in the rental housing market. In the first half of 2021, compared to the first half of 2020, there was a significant increase in the average number of apartment rental transactions in 6 major cities in Poland. In Warsaw, the rental of apartments also increased, although at a slower pace. Rental rates on the Warsaw market only increased in the second quarter of 2021. 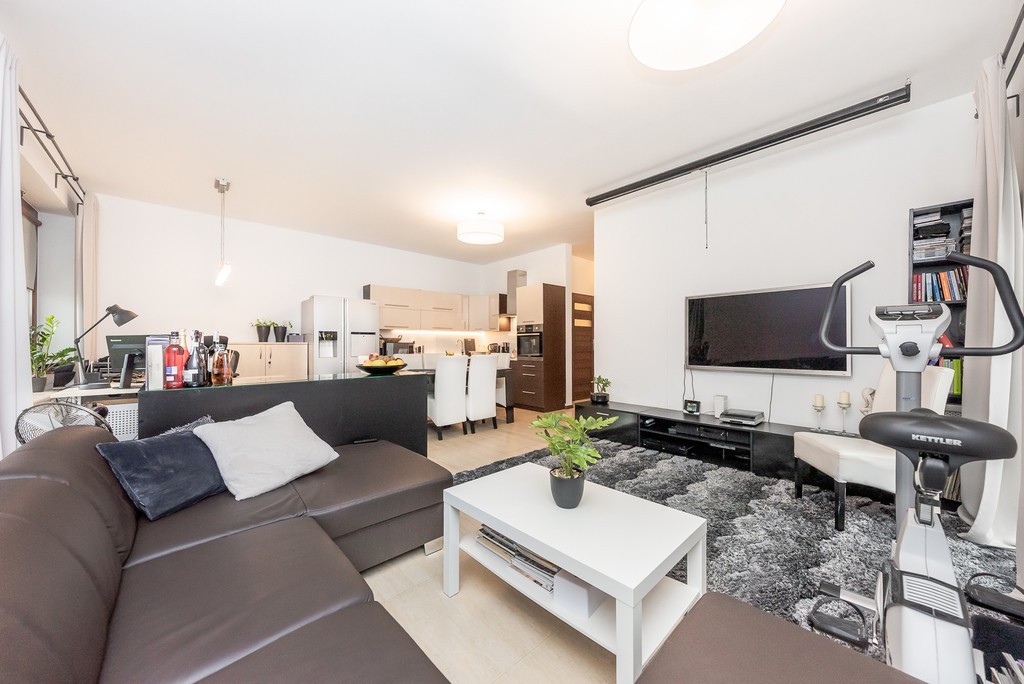 Sale of housing and prices for apartments in Warsaw on July 1, 2021

Cost of living index in Warsaw 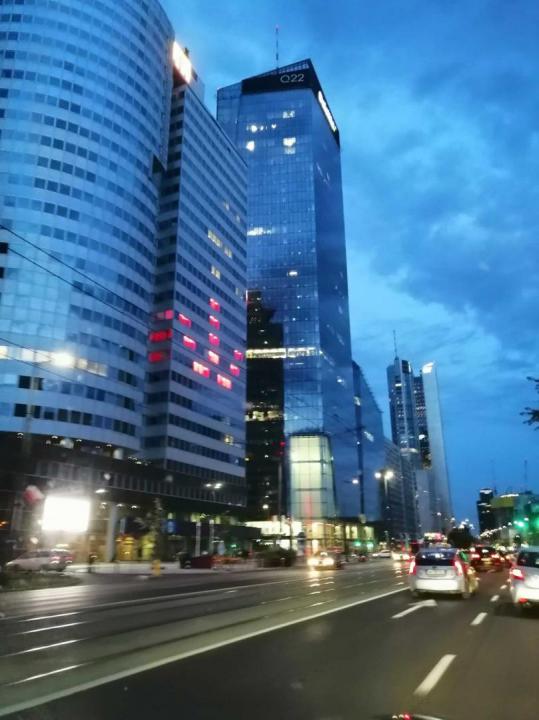